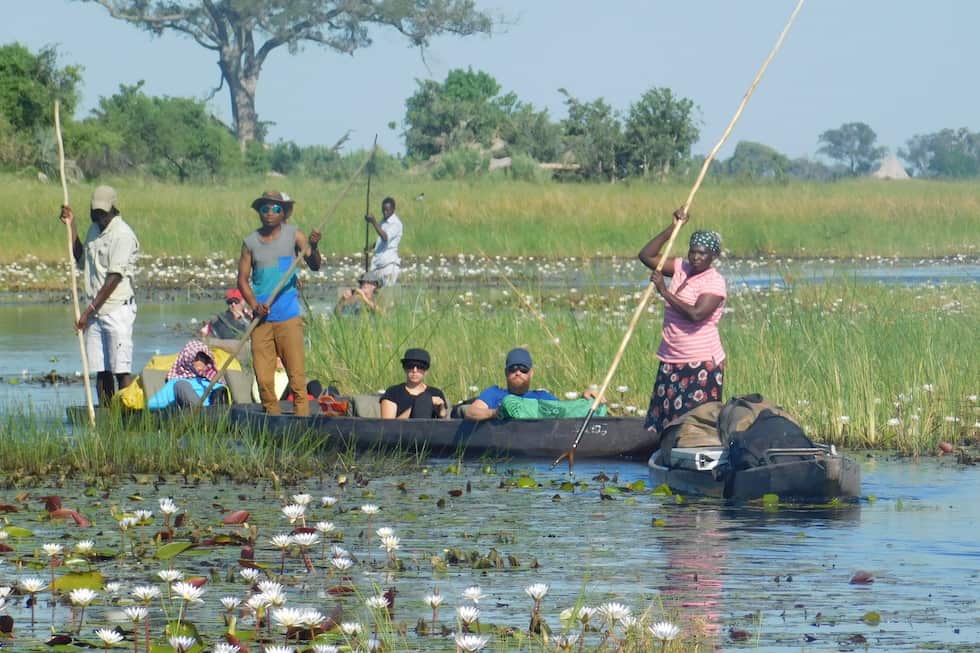 The Okavango Delta is a large low gradient alluvial fan or ‘Inland Delta’ located in north-western Botswana. The area includes permanent swamps which cover approximately 600,000 ha along with up to 1.2m ha of seasonally flooded grassland.

The Okavango Delta is one of very few large inland delta systems without an outlet to the sea, known as an endorheic delta, its waters drain instead into the desert sands of the Kalahari Basin. It is Africa’s third-largest alluvial fan and the continent’s largest endorheic delta. Furthermore, it is in a near-pristine state being a largely untransformed wetland system.

The biota has uniquely adapted their growth and reproductive behavior, particularly the flooded grassland biota, to be timed with the arrival of floodwater in the dry, winter season of Botswana.