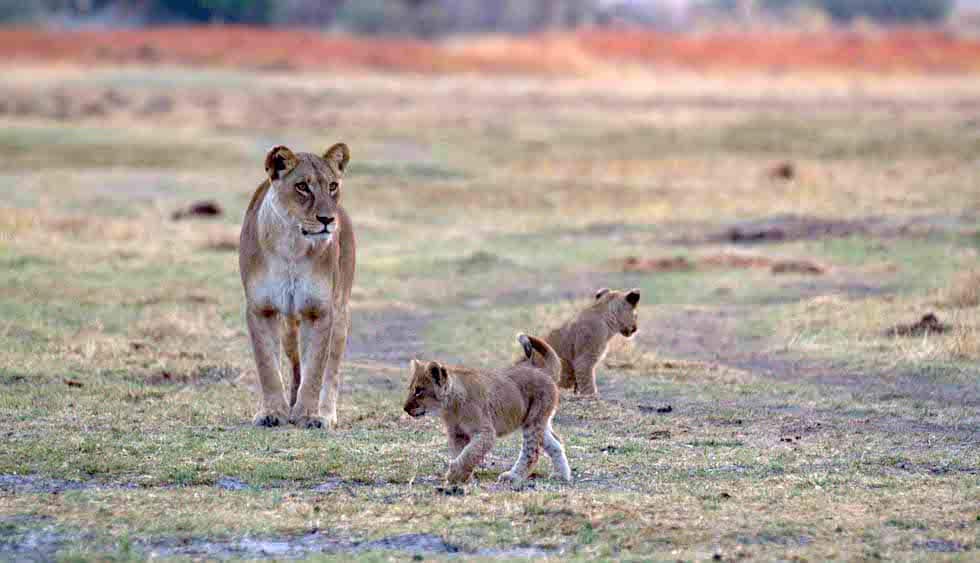 Truly at the interior of the park, Savuté boasts most of the Chobe species, except for water-loving antelope. It is best known for its predators, particularly lions, cheetah, and hyena, of which there are large resident populations.

The Savuté channel flows from the Linyanti River for about 100 kilometers, carrying water away from the river and releasing it into a vast swampland called the Savuté Marsh, and further south onto the Mababe Depression, which is also fed by the Ngwezumba River from the northeast.

The Mababe – immense and flat and fringed by thickets of trees – was once part of the Makgadikgadi super-lake. When filled with water, it becomes the venue for thousands of migratory birds and animals, particularly large herds of zebra.

Geographically, Savuté is an area of many curiosities.

One of its greatest mysteries is the Savuté channel itself, which has over the past 100 years inexplicably dried up and recommenced its flow several times. This irregular water flow explains the numerous dead trees that line the channel, for they have germinated and grown when the channel was dry and drowned when the channel flowed again.